COMIC WILL UPDATE IN A COUPLE DAYS BECAUSE I’M TIRED.

Merchandise page is back up with a couple new things. There may be some other things added on later, too. Right now, new things from me include a calendar/page/thing, more Black Adventures keychains (I don’t care if no one wants Dirk, I felt obligated to make one of him;;), more Pokemon trainers, PONIES, and human counterparts. Shihfu made some Pokemon keychains of her own, and animu Adventure time, and she also redid her persona ones.

The convention went well. It’s significantly smaller than Anime Expo, so it was less stressful. And I met some of you guys again! It’s interesting that western stuff sold much better than actual anime things at an anime convention. We had an Obama poster, which sold out the fastest, haha;;

I get asked this question a lot, and someone even asked me at the con: WILL BLACK EVER GET ANY MORE POKEMON? Well… that’s a spoiler. But if you think about it, Joy hardly gets to do anything, so Black having a full team of 6 would be a bad idea.

You guys seem to be interested in the shiny female Litwick, so here’s a picture! 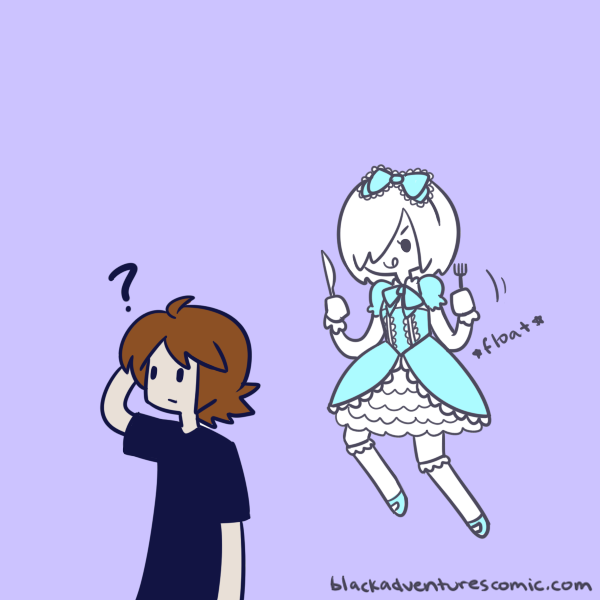 Oh. I am also working on a short Persona comic for a Spanish fanzine. I am also playing Persona 2, and tripping balls at how much it reminds me of Black Adventures. (protag looks like Black, his colors get inverted sometimes, and Hitler makes an appearance pfff) I know I can make time for all of this; I’m just so terrible at time management;;;

**ahh I just remembered we have a bunch of stickers. I’ll upload them as soon as I get shihfu’s;;

This entry was posted in news. Bookmark the permalink.